Was Castro being prescient when he said this?

Recently, I saw a meme going around Facebook about Castro saying, "The US will come to talk with us when they have a black president and the world has a Latin American pope." (Well, he probably actually said, "Estados Unidos dialogará con Cuba cuando tenga un presidente negro y haya un Papa latinoamericano," but it's basically the same thing.) That was in 1973. 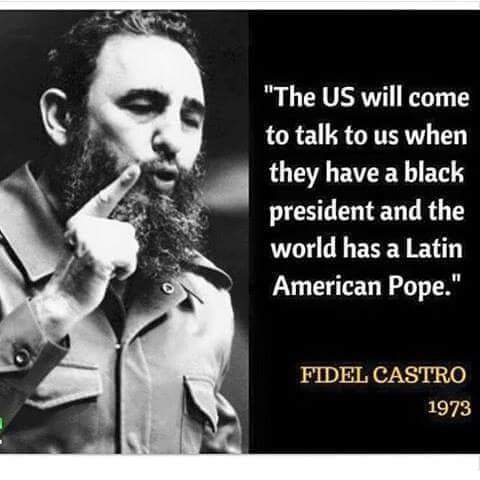 Now, in 2015, it turns out that the Latin American pope helped ease the official strain between the United States and Cuba, and the current, black US president has actually reopened the US Embassy in Havana and has promised to normalize relations with Cuba going forward.

Possibility of a Black President in 1973
In 1973, the world was a very different place. In terms of race, the United States was only a few years removed from a decade of major race riots, and the very idea of a black president of the United States was laughable. (Hell, it was not really conceivable when Bush won re-election in 2004, after race relations - while still not great - had definitely improved substantially since the 1960s and 1970s.) Let's not forget that the US did not have a non-White president until Barack Obama won in 2008. Possibility of a Non-European (let alone a Non-Italian) Pope in 1973
In terms of the papacy, the last time there was a non-European pope before Francisco was... 708AD. That was Pope Constatine, who was born in the Umayyad Caliphate in what is modern-day Syria. Indeed, for much of the previous 1000 years, the papacy was split between France, what would become Italy, and the various incarnations of what was and would become the Holy Roman Empire (later Germany), basically splitting along the lines of the Western Schism. 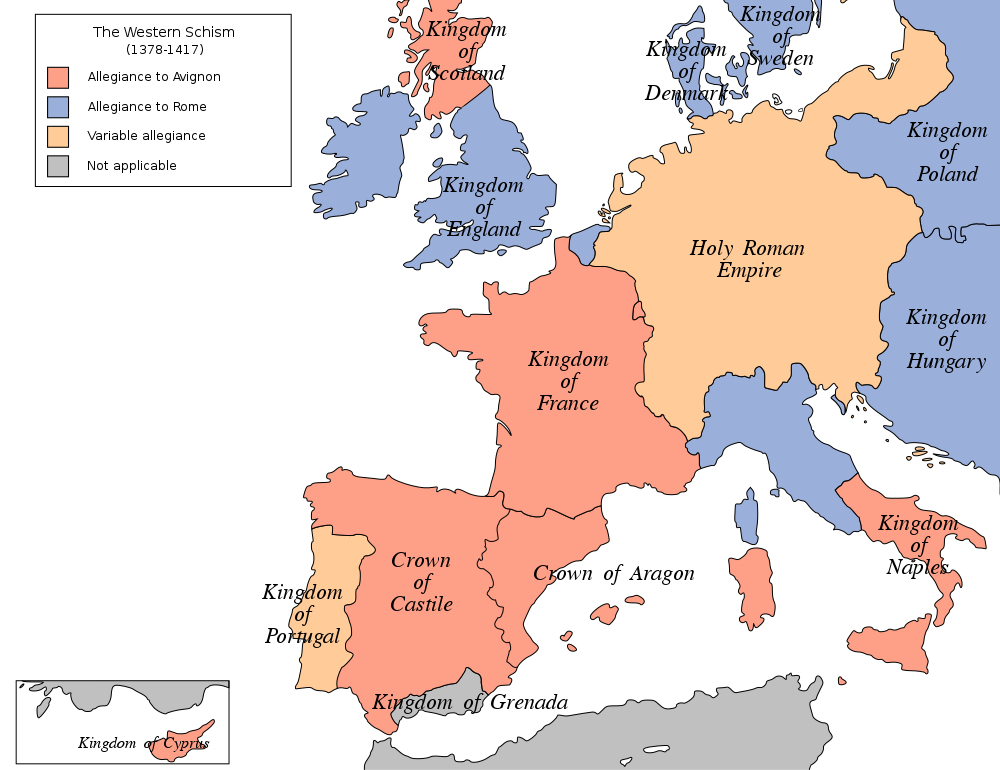 More specifically, for much of the 20th Century, the Papacy was held by Italian popes (with only Pope Pius X (1903-1914) and Pope John Paul II (1978-2005) being the two non-Italian 20th Centry popes). As a person who grew up Catholic, it's likely that Castro knew that the tendency of the Papacy had recently been for Italian popes (with the 19th Century being completely made up of popes from modern-day Italy), and the likelihood of the papacy shifting to someone from outside Europe (even outside of Italy) seemed highly unlikely. (Heck, even the possibility of having a Polish-born pope was seen as unlikely, given the fact that there had never been a Polish Pope before.)

So when Castro said, "The US will come to talk with us when they have a black president and the world has a Latin American pope," it's unlikely that he was being prescient. It's more likely that he was citing two highly unlikely (possibly impossible) things happening.

And the thing is that this statement wasn't even historically accurate. The US started negotiations during the Clinton presidency, with Clinton easing trade restrictions in 1999. And Clinton actually had a sit-down conversation with Fidel Castro in September of 2000 (which was months before the election). So, yeah, although Clinton might have colloquially been known as "America's first black president," the pope at the time was not Latin American.

Prescient Statements and Confirmation Bias
Then there is also the problem of confirmation bias associated with any prophetic or prescient statements: we believe the ones that match up with historical events and we discard the ones that don't. We have to remember the historical context of the world that Castro grew up in and was living in as well as the historical evidence that shows that Castro liked to talk in poetic language. If we take these into account, believing that the specific quote in which Casto talks about the US returning to talk with Cuba when there is a black president and a Latin American pope is actually a confirmation bias, since we are interpreting a poetic statement against actual events that have come to pass. The fact that the first black president and the first Latin American pope helped thaw US-Cuban relations could also be an issue of a self-fullilling prophesy, with Cuba (specifically Raul Castro) becoming far more open to the idea of reopening relations with the US headed by a president that was seen as being a game-changer and a pope that was also seen as being a game-changer. (Not quite a self-fulfilling prophecy, but a part of good statecraft is knowing how to create a good self-fulfilling prophecy.)

True, Barack Obama and Pope Francis are both seen as game-changing figures in world politics. True, the idea that the US would have a non-White president within 40 years of the assassination of Martin Luther King, Jr., was unbelievable. True, the idea that there would be a non-European-born pontiff since Constantine over 1300 years earlier was also unlikely back in 1973.

Hindsight is 20/20, and now, in a world with a black US president and a Latin American pope, the ideas that this was not possible just seem as laughable as the idea that the sound barrier could not be broken or that man could leave the atmosphere of Earth. But before those events happened, these were held up as barriers that just could not be crossed. And now that they are crossed, the mere idea that we once thought them uncrossable, unachievable is laughable.

...and so we give credence to prophesy, because, as sense-making, rationalizing beings, we are really good at allowing confirmation bias to creep into (and even dominate) our thinking.

Was Castro's 1973 statement prophetic?
Yes, if you take his statement as the poetic one that implies that the US will only return to talk with Cuba when global politics change so radically from the condition in 1973 (and the deaces preceding it) that (1) the US would not only no longer have yearly race riots, but that the politics of race would so dramatically change that the US would no longer look like what it was in the mid-1900s and (2) the Vatican would go against over 200 years of almost-unbroken tradition and elect a non-Italian pope (or - more generally - go against almost 1300 years of history and elect a non-European pope).

So, in that general sense of, "The US will return to talk with Cuba when the world no longer resembles the world of today," then yes, he was right.

But it would be playing into confirmation bias to say that there is any evidence that he actually correctly predicted the specific conditions that would bring the US back to talk with Cuba was when there was a black US president and a Latin American pope. But the coincidence is really cool.
Posted by Umlud at 9:36 AM

Email ThisBlogThis!Share to TwitterShare to FacebookShare to Pinterest
Labels: bad logic, understanding what it's about